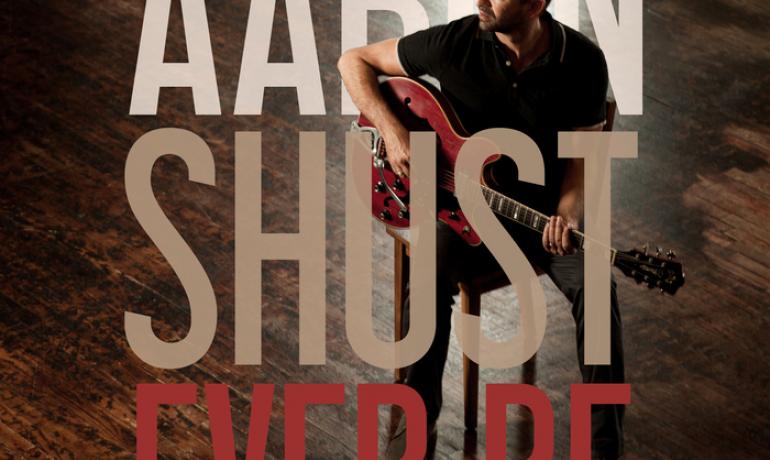 Nashville, Tenn. ---- Multiple Dove Award-winning artist, Aaron Shust, has just released a three-song EP, Ever Be, that will be available at online music outlets only. The title track is the first single and is already No. 31 on Billboard’s National Christian Audience Chart and has early adds at K-LOVE and Sirius XM. The song was produced by Ed Cash (Chris Tomlin, Steven Curtis Chapman) and was written by Bethel Music. Cash also produced “Fear Not,” while Christian Paschall (Crowder) produced “God Evermore.” The latter song is the only tune co-written by Shust, along with Paul Baloche and Fanny Crosby.

“It's my privilege to help carry the message found in the song ‘Ever Be,’” says Shust. "The song’s message is that God loves us with an enduring promise to never leave nor forsake. He pledges that devotion with such commitment; like that of the most loyal groom toward his bride.”

Shust was on a radio tour recently in support of the new single with the first stop at KTSY in Boise, ID, where he was on the air live for one hour with KTSY program director and morning air personality Dave Arthur. Shust then headed to Washington for visits with KGTS in Walla Walla and KCMS in Seattle, before traveling to Texas for stations visits with KSBJ/Houston, KVNE/Tyler and KLTY in Dallas. He also had visits in Oklahoma with The House FM in Ponca City and KXOJ in Tulsa.

It was just announced that Shust will join Matthew West, Sidewalk Prophets, Love & The Outcome and Blanca for the Bible Tour 2016 in April. The 16-city tour is being sponsored by Museum of the Bible and the Ministry of Tourism for Israel and will visit such major cities as San Diego, CA, Phoenix, AZ, Denver, CO, Chicago, IL and Pittsburgh, PA. More information about the tour can be found here: http://thebibletour2016.com.