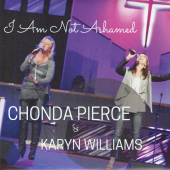 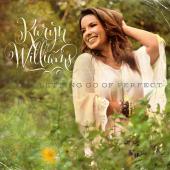 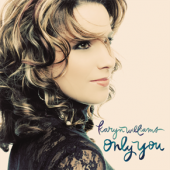 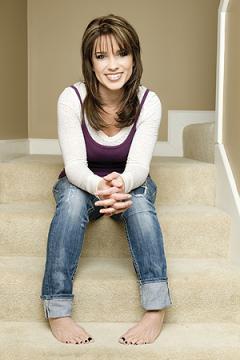 You don’t have to be around Karyn Williams long before you see that there is one word that really describes her: REAL. Her faith, her smile, her heart. “I’m not very good at being anything but exactly who I am,” Karyn laughs. “I was fortunate enough to grow up with parents who never let me get to far from my roots”. And those roots have always ran deep into the soil of Faith.

A dynamic woman with a powerful life story, Karyn is the eldest daughter of Orlando Magic Senior Vice President and founder Pat Williams. Her international family includes 19 children, fourteen of which are adopted from all over the world.

After graduating from the University of Florida with a degree in Broadcast Journalism, Karyn felt a calling to head to Nashville to pursue a career in music. “My dad always taught us through his example, to be your own person, take some risk and trust God with the results.” Armed with nothing more than big dreams, a trusting heart, and unrelenting determination, Karyn took the leap of faith and left home.

In 2010, Karyn released her first radio single, Rejoice, co-written & co-produced with Brian White (13 #1 CCM songs) and Barry Weeks (producer of Avalon’s latest chart topping project). In the Fall of 2011, Karyn signed a major record deal with Inpop Records and will release her first full length studio album in the early 2012. Karyn’s record will be a collection of songs that are more like pages from a diary reflecting the journey that she has been on. Written with some of Nashville’s best songwriters (Sarah Hart, Pete Sallis, Kris Bergsnes, April Geesbreght) it is a project that reflects her heart. “I really wanted to sing songs that encourage and give hope. Songs that are REAL and honest. I feel like whoever picks this project up will find something musically moving and lyrically inspiring, it’s my heart on a disc for the world to hear,” Karyn says.

No stranger to the world of adoption, Karyn has teamed up alongside legendary group Newsong as an artist partner with Holt International, the adoption agency through which eight of her brothers and sisters joined her family. Karyn will also be releasing a music video for her song Just May Be in conjunction with theCongressional Coalition on Adoption Institute. (CCAI) The video was directed & produced by Ken Carpenter (Franklin Films) whose work includes videos by Steven Curtis Chapman & Michael W. Smith.

This nine-time marathon runner is also the author of the highly-acclaimed book The Takeaway (HCI 2009), which she co-wrote with her dad. “It is my prayer that my music makes a difference in the lives of those who listen, to have a chance to share hope to those who come to a concert and to be the kind of artist that honors God and the industry respects.”

She currently makes her home in Nashville and is married to award winning songwriter Brian White, best known for penning 13 #1 gospel songs, as well as the multi-week #1 country hit Watching You, recorded by Rodney Atkins. 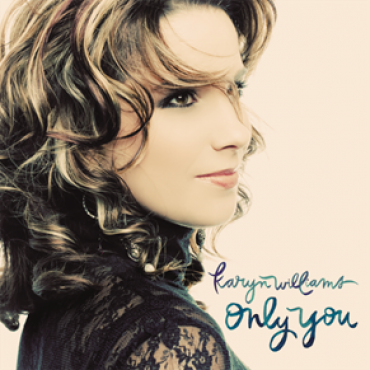 New album from Karyn Williams "Only You" to release August 28th on Inpop Records
July 26, 2012

Nashville, TN — With an exuberant personality, strong vocals and superb songwriting skills, it’s with eager anticipation that the music industry is waiting for Karyn Williams’ national debut project on Inpop Records, Only You, which releases August 28, 2012.